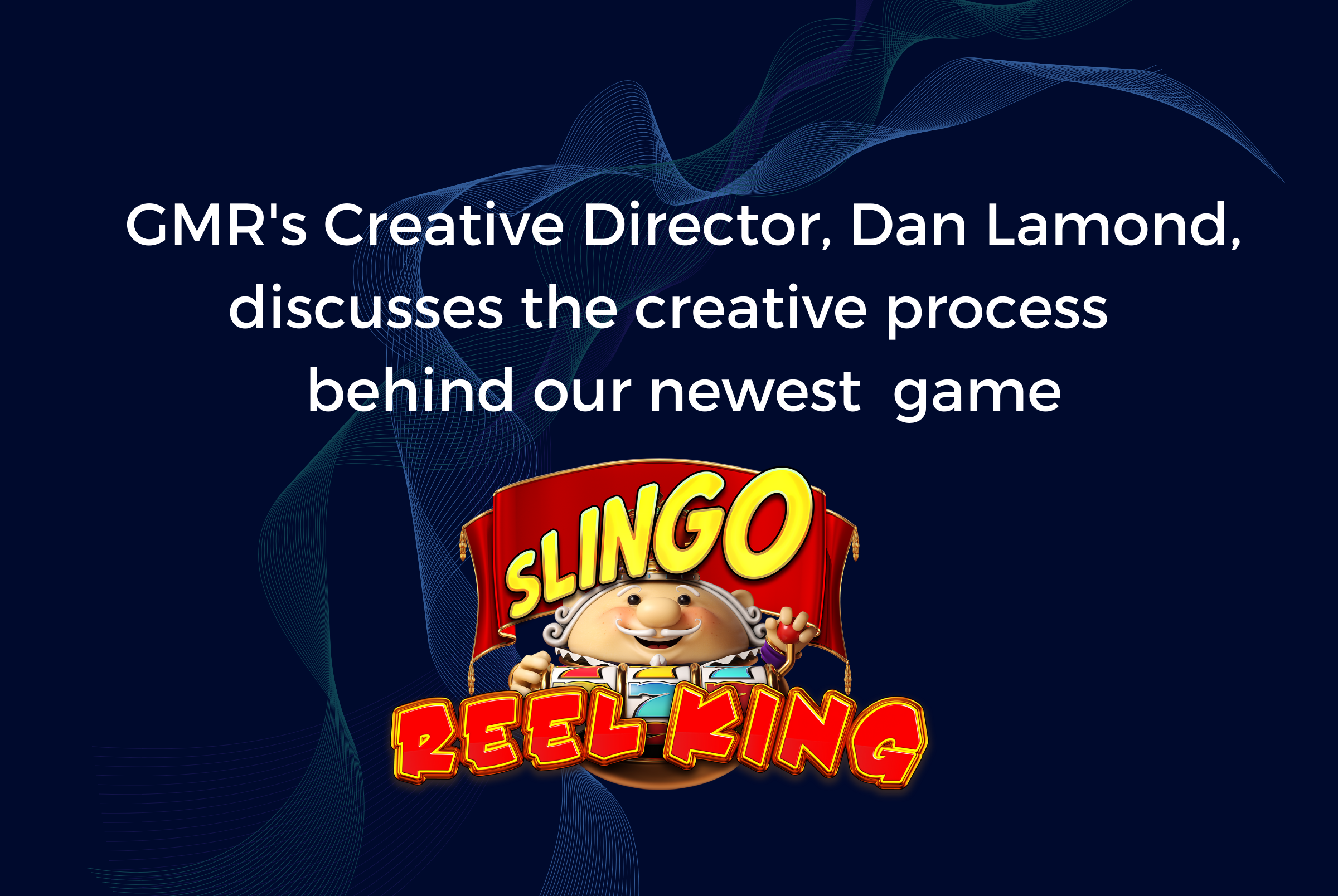 Slingo Reel King: the man behind the innovation

Slingo Reel King is the latest creation to arise from Gaming Realms’ great partnerships, bringing the much-loved features of the epic slot game to the slingo grid. In celebration of our exciting new release, we wanted to zoom in on the creative process behind the game, the unseen turning cogs that allow us to deliver innovative products to players time after time. We caught up with Slingo Originals’ Creative Director Dan Lamond for the inside scoop.

Extending an inspired partnership
Gaming Realms has a history of working with esteemed brands, and this latest release is an extension of the partnership with Inspired Gaming. ‘Following the success of Slingo Centurion everyone was keen to extend the collaboration between Slingo and INGG,’ says Dan. ‘Reel King is a game I’ve been a fan of since it launched in UK retail so I was delighted to get to put our spin on it.’

The main catalyst for deciding what brands to partner with is an admiration for the original slot game, and how well its features would lend themselves to the slingo format. ‘Reel King is a classic game with a unique mechanic,’ explains Dan. ‘Inspired have done a great job in reinventing it and strengthening the brand with some great versions and collaborations in recent years. It ranks alongside Rainbow Riches, Fluffy Favourites, Deal or no Deal and Monopoly as a massive gaming brand we are proud to be associated with.’

The beauty of incorporating the best features of a well-known slot into the classic slingo grid mechanic, Dan explains, is that it gives fans on both sides a new way to play their favourite game. ‘This game incorporates a cash pay ladder and the Reel King bonus and so plays completely differently to the bonus game variants of Slingo we have produced with other slot brands. It makes a slightly softer profile but retains the promise of big wins that is faithful to the original games.’ Added to this, Reel King fans may be introduced to slingo for the first time because of this collaboration, and vice versa, so it’s a great way to cast the net further for new players.

Slingo and the creative process

Collaborative games may attract newcomers to slingo, but it is already a classic in the online gaming world. What is the reason for its enduring success? ‘Slingo as a core game has incredible time on device, real skill elements and rewarding player interaction combined with a unique and achievable pay ladder,’ says Dan. ‘The success really illustrates that players want something beyond the sea of repetitive and derivative games they are served up.’

One way of achieving this variation in play, of course, is by teaming up with other game providers and mixing up the features players can experience in the games. But how does our Creative Director come up with his own ideas for games? ‘This feels like I’m being interviewed by Richard Herring,’ he jokes. ‘There are a number of ways I come up with my crazy ideas! I don’t have a set creative process but as a player I always try to create games from that perspective that are simple, fun and rewarding. When all else fails I always go for a run and find I often return with loads of ideas of varying quality.’ Considering the number of games in the Slingo Originals catalogue, that’s a lot of running!

What the future holds

With the established success of Slingo Centurion and an exciting new collaboration on the way, are there any plans to develop this partnership in the near future? ‘It’s always a pleasure to work with creative and passionate teams like at Inspired,’ says Dan. ‘We have a hit list of brands and games we would like to work with and regularly canvas operators for suggestions on where they would like to see Slingo go next.’

Are there any particular games or types of games that Slingo is planning to explore? ‘We love any games or brands that have unique mechanics that compliment Slingo and can be used to create a new playing experience for players on both sides of collaboration,’ says Dan. ‘We also have a massive list of ideas and prototypes for new, non-branded, Slingo games that players will hopefully enjoy next year.’ Mysterious! Watch this space.

It’s a privilege to work with brands we admire like INGG to produce exciting games with a focus on player interaction. Reel King lends its much-loved features perfectly to the slingo mechanic, and we hope that fans of both slingo and the legendary slot game enjoy this new collaboration as much as we do. Slingo Reel King is available to play from the 13th of January.