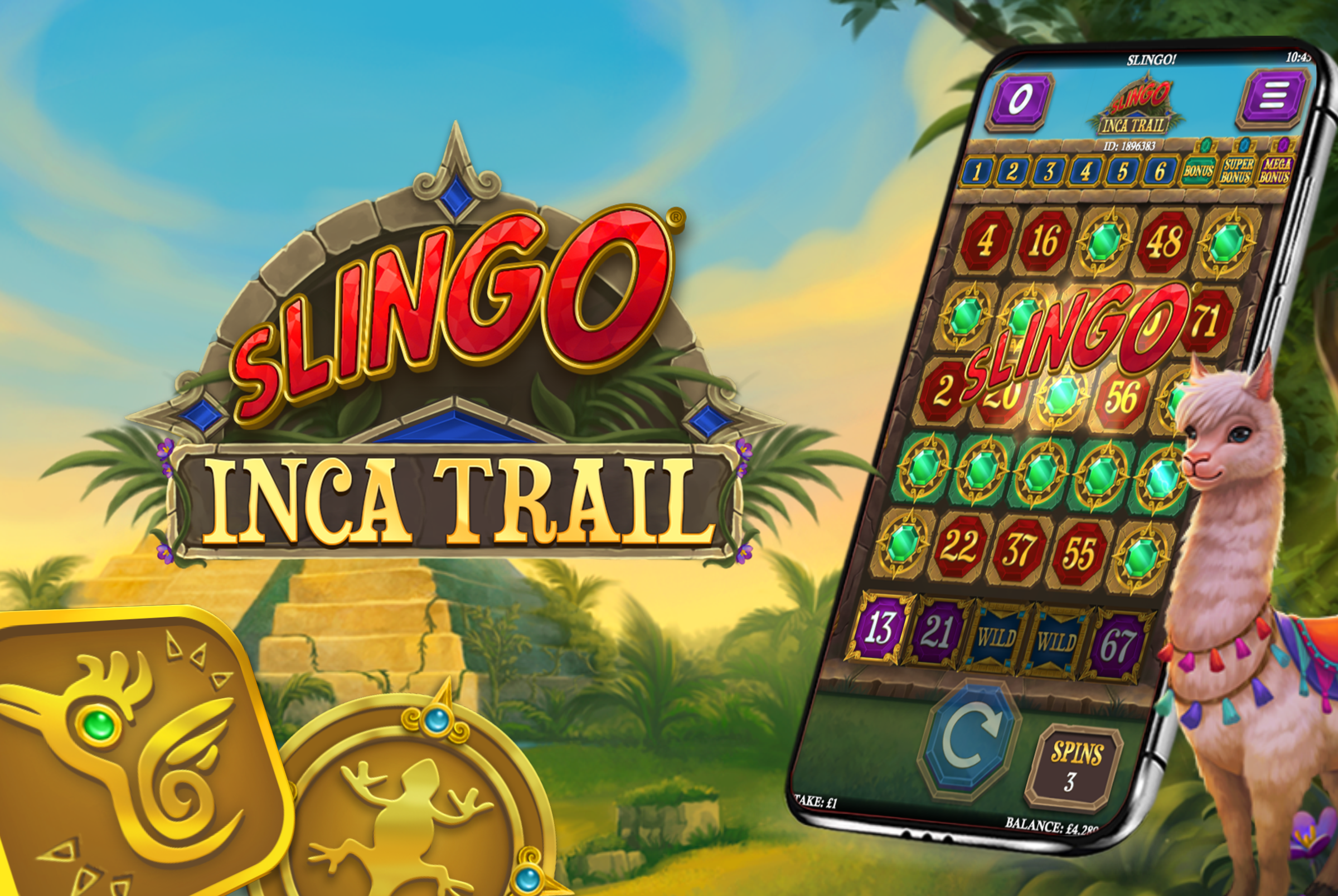 No need to over-inc this one, as you simply enjoy the sights of the Inca Trail while virtually trekking one of the new world wonders. Oh, and feel free to enjoy the rewards along the way. Just like with the real thing, the further you get, the more rewarding Slingo Inca Trail is. In addition to the bonus game, there’s also an enhanced bonus, where for a single moment in time, you can pretend you’re Indiana Jones or Lara Croft and pick up that elusive artifact. Only with Slingo Inca Trail, you won’t need to return it to a museum.

Players are tasked with collecting five items; each with its own reward, of course. In fact, there’s a reward for every spin, and they get progressively higher the further up the ladder a player climbs. These players just keep spinning and spinning, collecting more rewards. And unlike the real Inca Trail, they won’t need to stop to catch their breath. Although, when they do make it to the top, they’d better prepare to have that breath taken away by Machu Picchu, while giving themselves a pat on the back for reaching the end of the trail.

You would think the game would end right there. But we felt our players deserved more for such an incredible accomplishment, so we decided to go one step further. When they make it to the top, the game transforms into the Machu Picchu pick game right before their very eyes. That’s when they’re tasked with choosing between one of the six artifacts.

Of course, like with any Slingo game, we don’t limit the good stuff to the bonus game. In the base game, there are Wilds, Super Wilds, and Free Spins. And if our players aren’t quite ready to turn back and head home at the end of the base game, they always have the option of buying extra spins. And there’s a good reason to do just that. Every time they spin those reels, they’re giving themselves another shot at the bonus game.

We’ve worked long and hard on Slingo Inca Trail, and if you can’t tell, we’re delighted with the final product. Combining the Slingo mechanic with a theme as popular and as flexible as the Inca Trail gave us a lot of scope in not only designing a fun aesthetic, but also in adding some fantastic bonuses along the way. To say we’re excited about this one is an understatement. We’re confident that our adventure-loving players will feel exactly the same way.

PreviousSlingo is off to the races in Slingo Racing!
NextSlingo Da Vinci Diamonds: A Real Work of Art